Is ACN a Scam – Though Donald Trump Endorses It, STAY AWAY!

I have nothing against work at home businesses, I do this myself. But to answer the question is ACN a scam, I believe it is and here is why. When a company entices people with the potential of becoming financially free and hype up how they as a company will stand behind them so-to-speak, people can be taken in by that if they do not know of what red flags to look for.

The ACN Red Flags you need to know about 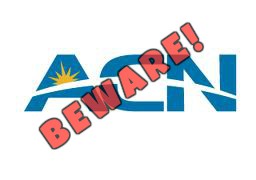 First off you need to do your due diligence and seek out scam reviews of the company you intend to join, especially if they are asking you for money to start. With the Concord, North Carolina based ACN, a telecommunication company, you do have to pay a few hundred dollars to start and pay hundreds more in other “needed” fees. The fees breakdown I will list down below.

But before I get to the fees there is something else you need to know about ACN that will help you to realize that they are not a company I would recommend if you are looking to make money from home. Though ACN has been in business since 1993 they have had their fair share of legal and regulatory problems in at least three countries.

In addition to these three countries, Australia, Canada and the United States, ACN also has many documented cases and reports by former members known as IBOs (Independent Business Owners), of losing thousands of dollars. This is a common problem with a majority of MLM companies because the pyramid structure is most times a hard system to succeed in.

ACN also does not even give you a clue to what their compensation plan is nor do they even hint at what you can “possibly” make. Think about that for a minute. If a company is asking you to invest a few hundred dollars just to start, wouldn’t you like an idea of how much Return on Investment is going to be? If not could you please send me $500? You will feel happy you did.

Yes that was a joke question. But as absurd as it was, it is no more as absurd as ACN asking you to send them hundreds of dollars without telling you how you can even attempt to make that back. Now if ACN were free to join and start, then I would feel less skeptical about not knowing how much I could make. But this seems too much like an ACN Scam than a real business opportunity.

Donald Trump endorses ACN – That does not make it good

One might think that if Donald Trump endorses ACN that it would be a good thing, but in reality when you read between the lines it is not. You might want to ask, if Donald Trump is endorsing this company then, why was his name and all mention of his multiple live appearances at conventions been removed from the ACN website? Is this company legit or is ACN a pyramid scheme and another MLM scam by the Trumps.

Perhaps it has to do with the fact that he was paid millions of dollars for speaking appearances and fully endorsed their company and products on his reality show not once but twice. Basically his endorsement has more to do with the money he made from them than it does about their business as a whole. Just Google “ACN and Donald Trump” and you will see what I mean.

As the video above shows, despite what Donald Trump has claimed in The Wall Street Journal interview of him and his relationship with ACN, The Donald knows more than he is claiming to know. If this company is legit, then why would he distance himself from them by denying he knows much about the company? Is ACN a scam or not? Remember, there have been a couple of other MLM Donald Trump scams.

The cost for joining ACN – Another Red Flag in my opinion

That is a whole lot of money you have to invest into a company that doesn’t even allow you a few options to make that money back. From research done online I have found that you are not only encouraged to buy the products yourself, a system with many MLMs that is doomed for failure from the start, but you only get to sell to your warm market, family and friends.

That in and of itself is absolutely absurd! You are told to approach these acquaintances and ask them to sign up for services, products and/or to become an IBO like yourself as a “Favor” to you. What kind of legit business asks people to try something as a favor to you? Sounds more like you are begging someone to buy from you. If you offer quality for the price, it will sell itself.

Below there is a video review of ACN by a former member IBO, explaining the good and the really bad part of the company. Remember earlier I said that one of the Red Flags of this company was their lack of clarity on their compensation plan? The following video will explain why their compensation plan is extremely difficult for you to make money in.

Just so you know about those 5 Lies of MLMs that are widely spread in that industry of MLM, Network Marketing & Direct Sales, I will list them below. These are what was reported on this person’s other video. I learned these myself in my early days of online marketing, prior to the legit form of marketing I do now, which I will share with you shortly.

Lie 1: It is a Customer-Based Business (If you are required to buy the products yourself on an auto-ship plan, then the business model becomes more of an “internal consumption” and not much of a customer-based business. So in order to make money you have to recruit others which leads into lie number 2.)
Lie 2: It is about Residual Income (The only way to get residual income is to heavily recruit people to buy the products too and turn around and have them recruit people and so on and so on. Most people do not like recruiting and this is one of the main reasons why people in an MLM will fail.)
Lie 3: Plan B becomes Plan A (None of the top earners in an MLM got there doing part time work. This stems from the problems of lies 1 & 2 and their full-time commitment to massively recruit just to make any good amount of money. If they don’t then many leave for other newer MLM companies.)
Lie 4: Stay 10 years and YOU will be a Winner (The only way that will happen is if you heavily recruit and those that you recruit do the same. The only ones who always benefit from you staying in is the company whose products you buy each month on auto-ship whether you need it or not.)
Lie 5: Average Top Earners make $60 to $70K per year (The very top level earner may be making a five or six figure income but NOT the average. The “average” are more than likely busting their butts to just make enough to get by. Because if making the money was as easy and as good as it sounds, why do many top earners leave? Because of Lies 1 & 2.) 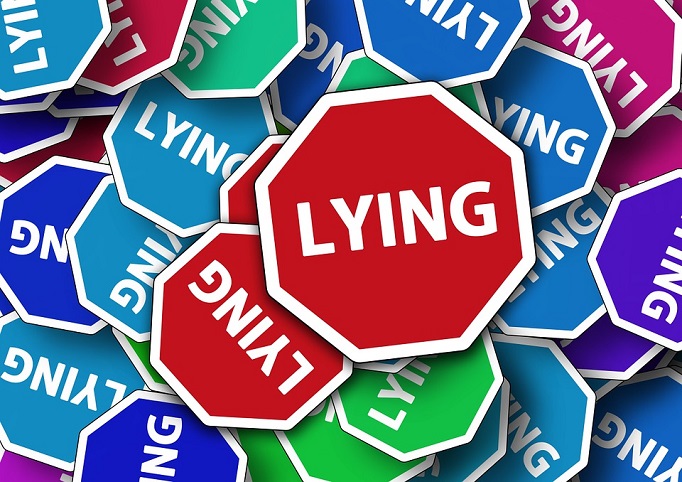 Is ACN a scam? Here is my opinion

Sorry about that little sidetrack into the five lies of most Multi-Level Marketing companies, but I felt it was worth mentioning. Not only was it mentioned in the ACN video review above, but it also helps support my answer to the above question. With all of the negative reports published online from various sources and news agencies, I would say the company business plan does scam its most newest IBOs in my opinion.

People are being heavily mislead and tricked into thinking that the company is legit because of its longevity, ACN started in 1993, and because they have people like Donald Trump endorsing it. Remember people! The Donald has been investigated and involved with another MLM called Ideal Health, which was allegedly reported to have been scamming their members.

But it doesn’t really matter if you use the word scam or not because what is being promoted and implied is very much false. ACN will not make any of its newest members any real money and remember, all new members will spend at least $1,600 to even up to $2,000 within the first year. Below is a far easier and less expensive way to make money at home with no Red Flags.

If you want to continue to believe in the myths of the majority of MLM and Network Marketing companies like ACN, My Online Business Empire and many others that are producing loads of complaints, then go ahead and waste your time and money. But if you want to invest less and have a greater return on your investment, read below.

What if you could make money from the sale of Coca-Cola Collectibles, Starbucks Coffee, Apple iPhones, Video Games and Consoles, WordPress website hosting, wedding supplies services, and other well-known and name brand products, would you be interested? What if I told you it wouldn’t cost you any more than $50 per month? Are you still interested?

This is what Affiliate Marketing is all about and unlike Multi-Level Marketing, people are actually becoming wealthy without losing a ton of money. No matter what you decide to make money on in affiliate marketing, becoming an affiliate of Apple, Coca-Cola, Starbucks, Amazon and thousands of other companies are all FREE!

What is the $50.00 cost for? It is for all of the training, websites, and hosting you will ever need. The cost will not go any higher and there are no hidden fees, no conventions to attend, and you will not have to recruit anyone. In affiliate marketing you are your own boss and you have no upline or downline. You are truly an independent business owner.

To learn more about how you can become an affiliate marketer of the thousands of real name brand companies, check out my post of the #1 online training and business building platform in the world. With the exception of 7 countries, every person can join this online learning and building program for free! If you have any questions, please leave them below.